Private One Night In Cairo 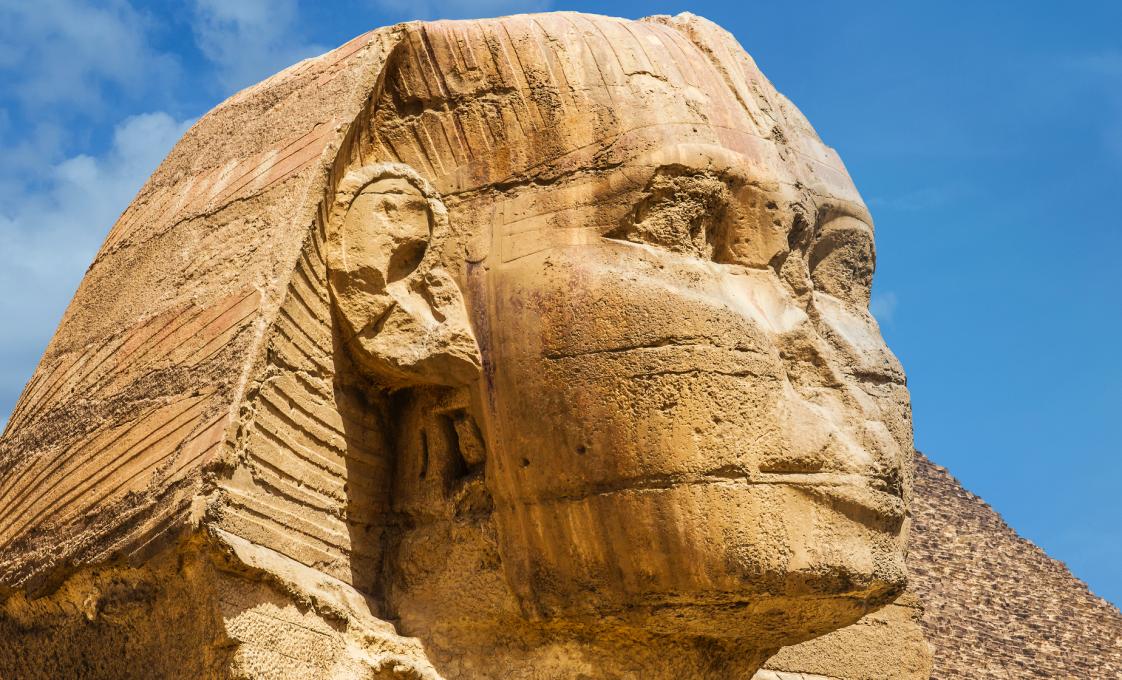 For guests who are staying in Alexandria overnight, this 2 day / 1 night program gives you a in-depth visit to Cairo and many of its wonders.

Private One Night in Cairo

Your private 2-day, 1-night Cairo cruise excursion begins, as you depart the pier for the approximate three-hour drive through the flat desert landscape to Africa's largest city, Cairo. After arriving at the outskirts of Cairo, you will proceed to the Giza Plateau to discover the only remaining Wonder of the Ancient World, the Pyramids of Giza. It is here that three pharaohs--Cheops, his son Chephren and grandson Mycerinus--erected great tombs to preserve protect their mummified bodies in the afterlife. You will then drive to the high western plateau, for panoramic views and photo opportunities of the valley and pyramids below.

Next stop on your shore excursion is a visit to the guardian of the mortuary complex, the mysterious Sphinx. This mystical creature has the head of a man and the body of a lion and stretches out to a length of 240 feet. It is believed the Sphinx was carved out of a solid natural rock around 2650 B.C. Following your visit, you will have lunch at a nearby hotel. After lunch, a stop will be made at the Papyrus Institute, to see demonstrations on how the ancient Egyptians made paper from reeds along the Nile. Spend some free time for souvenir shopping in the adjacent bazaar.

Your last stop of the day is the magnificent Egyptian Museum, the most important depository of Egyptian antiquities in the world. The museum is home to over 120,000 items, only a portion of which are in display in its more than 120 rooms. The artifacts date from 2700 B.C. to the 6th-century A.D. It includes thousands of statues, jewels and the treasure of the boy king, Tutankhamun. Your tour includes a visit to the King Tut gallery, which houses the golden mask and items from the treasury. It does not include a visit to the Royal Mummy room.

Following your visit to the museum, you will drive to your hotel. Tonight, dinner is at the hotel. The evening is then at your leisure to rest or explore. Guests have the option of attending the Light and Sound show on the Pyramids. Overnight in Cairo. (Hotels used are the Conrad, LeMeridian or similar based on availability at time of booking.)

After an early breakfast, drive to the Citadel of Saladin, where panoramic views of the city of Cairo can be seen. Here you will also visit the spectacular Alabaster Mosque of Muhammad Ali, the founder of modern Egypt.

Your tour continues on to the area of Sakkara, located south of Cairo. Sakkara is one part of the great necropolis of Memphis, which was the capital of the Old Kingdom. It was thought that the section was for the kings of the 1st and 2nd Dynasty only, but excavations have revealed the tombs of a prime minister, the son of one of the Dynasty's kings and a queen's pyramid. Sakkara is probably best known as the location of King Djoser's Pyramid, better known as the Step Pyramid. It is the oldest known of the nearly 100 pyramids that have been discovered in Egypt. It was designed by the architect Imhotep, whose design was both unique and revolutionary.

From Sakkara, proceed to the old capital of Memphis. You will see the ruins of the Temple of Ptah, and see the fallen colossal statue of King Ramses II and the Alabaster Sphinx of King Amenophis II during your orientation drive. A stop will be made for lunch at a local hotel. After lunch, you will begin your drive back to Alexandria arriving in the late afternoon.

We are experts in providing exceptional shore excursions. We understand that in today's fast paced world, vacations have become an increasingly important way to relax, reconnect with family and friends, and experience new and interesting places. With this in mind, we provide the highest quality tours by performing extensive research, and detailed reviews. While other companies also offer excursions, we strongly believe our expertise and approach set us apart. The large cruise lines sell shore excursions - typically in very large groups visiting high traffic sites. We focus on smaller groups visiting more interesting and authentic locations using more personalized local operators. While the cruise lines are experts in delivering cruises, we are experts in delivering shore excursions.

Our Approach
We believe quality service is not only highly valued by customers, but ultimately leads to better experiences and higher satisfaction. Unlike the cruise lines and other tour companies that rely almost entirely on websites, we encourage customers to call us. We want to invest our time answering your questions, providing input, and selecting the excursions that best meet your needs.

Our Tours
Our goal is to provide customers a wide array of exciting, appealing, and enriching tours. For those customers who prefer to travel in smaller groups with more personalized service, we offer a wide variety of small group tours around the world. These tours generally range in size from 2-12 people compared to larger tours which can number up to 50 people. While exploring the destinations and ports on this website, feel free to search for these "Small Group Tours". For those customers interested in private tours, we offer many outstanding excursions that allow you to travel with your party alone and, in many cases, to fully customize your tour. Search for "Private Tours" if you are interested in this experience. Our "Scenic" tours provide up close and personal access to some of the most spectacular natural environments on Earth from majestic glaciers in Alaska to spectacular reefs in the Caribbean. Our "Cultural" tours allow customers to experience local customs, entertainment and culinary delights ranging from tribal dances in Alaska to an outstanding local meal in Santorini, Greece. Our "Active" tours offer a multitude of exciting and adventurous ways to experience our destinations. Our customers can kayak the turquoise waters of the Caribbean, hike to a spectacular waterfall in Hawaii, or bicycle through quaint villages in France. Our "City" tours allow travelers to see the highlights of great cities around the world with unique insights provided by our expert tour guides.

Our People
In our experience, exceptional travel experiences are almost always delivered by exceptional people. With that in mind, we utilize a comprehensive approach to select and employ the leading tour guides and tour providers around the globe. We hold our people to very high standards which we measure by our comprehensive Quality Control process and, most importantly, by our customer feedback, which we will actively seek from each of our customers.

Our Owners
Shore Excursions Group is owned by seasoned travel executives possessing extensive experience across many sectors within the travel industry.

Michael Bonner
Mr. Bonner has over a decade of experience working in the cruise industry in a variety of roles for both Royal Caribbean Cruises Ltd. and Viking River Cruises. Most recently, Mr. Bonner was the Chief Operating Officer for The Scholar Ship, a Royal Caribbean program aimed at providing college students onboard educational programs in conjunction with enriching shore excursions around the world. Mr. Bonner also helped co-manage Viking River Cruises U.S. Operations, and he ran the corporate, strategic, and deployment planning functions at Royal Caribbean. While at Royal Caribbean, Mr. Bonner was responsible for forming Royal Celebrity Tours, Royal Caribbean's land-based tour operation in Alaska, which takes cruise passengers on multiple day tours through the interior of Alaska either before or after their cruises. Prior to working at Royal Caribbean, Mr. Bonner was a consultant for Booz Allen & Hamilton.
Less
from $443.00 (USD)
Per Person
Contact Us
Tour Type
Private
Group Size
Private
Activity Type(s)
Historic, cultural
Tour Duration
26 Hours
Activity Level
Moderate
Tour Leaves From
Ship Pier
Food/Beverage Provided
Lunch and dinner are included on Day 1. Lunch is included on Day 2.
Special Instructions
When visiting the Mosque (day 2) shoulders must be covered and men and women must wear long pants covering all of the leg. Women must also bring a scarf to cover their head. Comfortable, sensible walking shoes and sun protection are recommended. Tour pricing is based on double occupancy.
Restrictions
Guests must be able to walk approximately 1 1/2 miles (roughly 3 1/2 hrs) each day over uneven, gravel, cobblestone and sandy surfaces with paved walkway. Stairs are required in the Egyptian Museum. Cameras are not allowed in the museum.
Terms & Disclaimers